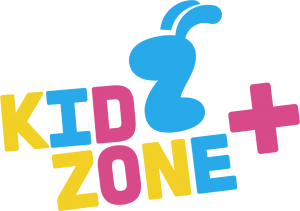 KIDZONE+ a children’s television channel with a rich variety of animated content from major producers all around the world. The carefully selected series are mainly targeted for 3-9 year old kids and their families. Content is entertaining, educating, safe and free of violence. Daily program starts at 6 o’clock in the morning and lasts until midnight.

There are dozens of popular series and characters included into Kidzone Plus programming. Kids will meet modern classics like “Peppa Pig” and “Thomas & Friends”, amusing “Vic the Viking”, adventurous “Nils Holgersson”, educating “Ready, Jet, Go!” and “Super Wings”, as well the kindest “Monchhichi” and clever “Tree Fu Tom”. The channel’s programming is continuously renewing and variable.

Kidzone Plus is talking to kids in all 4 common languages in the Baltics – Estonian, Latvian, Lithuanian and Russian. The channel is localized and dubbed by professional studios, skilled translators and beloved actors.

Kidzone Plus is like a good friend You can trust Your kids with!